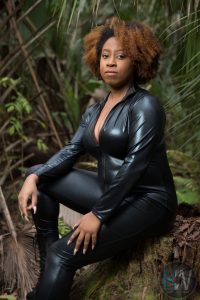 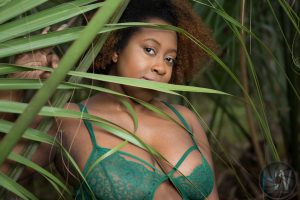 I haven’t had a session with a female submissive but would like to…Although i have a wide range of fetishes i would and least try new fetishes before deciding i don’t  like it aa in changing adult diapers, its not my kink. 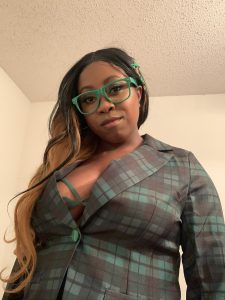 I do believe a person can be truly a switch, some just like both side of the token and why not? 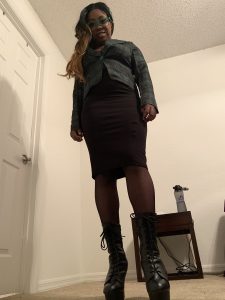 The most sensitive part of my body is my nipples 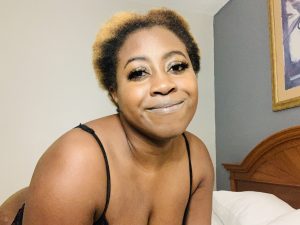 My most wildest experience in a session was with my longest submissive D we have been in a D/s relationship for 3 years now, sometimes i can’t believe its been that long. He’s my masochist/femboy soon to be lolita doll…we were in a swingers dungeon as guest performers, we had been going for about 2 hrs and he was at a level 9 so i took a meat tenderizer and put it in the ice bucket while giving him a bit of a breather. I gave him some nice scratches on his back with my nails, took the meat tenderizer out the bucket and used the soft side for the cold sensation. i might have ran it across his skin for a while i asked his level he said 7 and i remember having the biggest smirk looking at my domme sister as she gave me the “tear his ass up face”, we fuel each others fire every time we’re together. Anyway i turned the tenderizer over on the spiked side and made him yell 10. It was so satisfying!

I am filming more and more but I’ve been working on starting a pegging/strapon series and a sissification or sissy academy series.

I don’t think men are intimidated by me until they’re bound and i have a paddle or flogger in my hand. 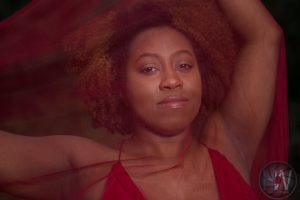 “You miss this pussy” Gemini Lovell

Charlie, how’s my butt look in this one? https://t.co/IwOKS1UNiU pic.twitter.com/4CVuDxj2PD

Don't worry you'll back before you know it twitter.com/JuicyThycc3000…

Starting a whole new Twitter account with 17 followers is discouraging and depressing af but here I am...back in dis bih promotin pussy n wat not

“I was born to be my own boss, and apparently I’m a good boss of others too” Interview with @THRASHERBRAT blackgirlfetish.com/blog/i-was-bor…

“I was born to be my own boss, and apparently I’m a good boss of others too” Interview with @THRASHERBRAT

@AveryJaneXO Yea, I'm pretty out of touch. We kind of just do our thing...

In all honesty I only know what one of those terms mean. Guess I'm in a bubble twitter.com/AveryJaneXO/st…

Go ahead & retweet so folks can know the situation ✊🏾🖤

“Being Buddhist i could care less about materials I just love money.” @moneydragon4 blackgirlfetish.com/blog/being-bud…

“Being Buddhist i could care less about materials I just love money.” @moneydragon4

An interview with Destiny Red @DestinyRed2 “every part of my body gets treated well” blackgirlfetish.com/blog/an-interv…

Fresh video on PornhubModels - get it while it's hot: pornhub.com/view_video.php…

You've been asking... new video up on Modelhub: modelhub.com/video/ph5ff402…

If you really love me, you'll watch my new Modelhub video: modelhub.com/video/ph5ff3f4…

“my boobs often overshadowed by my ass” – Interview with @dinkluXXX blackgirlfetish.com/blog/my-boobs-…

“my boobs often overshadowed by my ass” – Interview with @dinkluXXX

“being dominant 24/7 is not for everyone” An Interview with @lady_domina Empress Lady Domina Byte blackgirlfetish.com/blog/being-dom…

If you really love me, you'll watch my new PornhubModels video: pornhub.com/view_video.php…

Ass Worship against the wall

Full time DOM @Ebonybooty49 “when I fart in someone’s face I love how they react!” blackgirlfetish.com/blog/full-time…

Full time DOM @Ebonybooty49 “when I fart in someone’s face I love how they react!”

“my boobs often overshadowed by my ass” – Interview with @dinkluXXX blackgirlfetish.com/blog/my-boobs-…

“my boobs often overshadowed by my ass” – Interview with @dinkluXXX

Ha ha. REAR NAKED CHOKE, WHILE DIGGING DEEP...... not to give away my secret moves or anything twitter.com/swifxos/status…